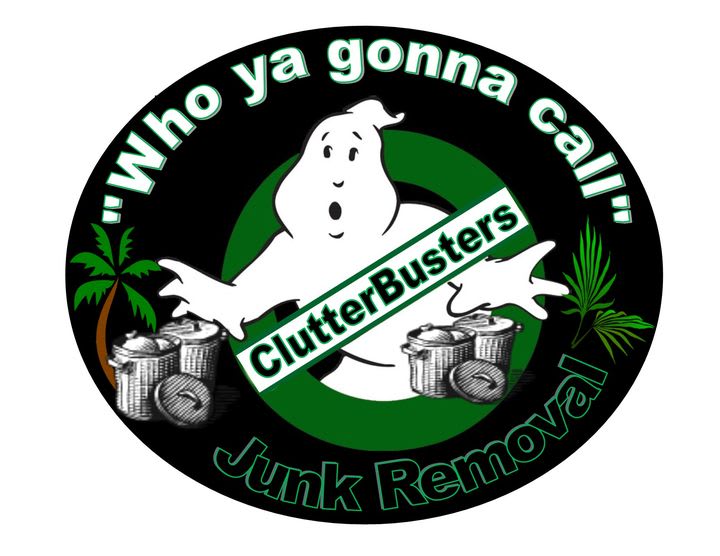 Clearing away self-doubt got our Junk Removal Business out of a rut!!

“ My Uncle created a business out of cleaning other people’s junk and
after I graduated High School, I started to work for him. He soon became one of
the biggest Junk Removal Companies in The State of New Jersey, “NJ JUNK”. While working and learning the
business, I soon started Clutter Busters Junk Removal (and Then Became His
Biggest Competition) Hello and Welcome to Clutter
Busters Junk Removal. We would like to introduce ourselves as Owner/Operators
of Clutter Busters Junk Removal, Rita and myself Robert Magonie. I will start to explain how it
all began almost 23 years ago and has grown statewide since!

In May of 1997, when I was 22
years old and still working for my Uncle, a friend called me up while
I was working and asked if I’d be interested in making an extra $100 for the
day after work REMOVING an old refrigerator. I realized after the removal that
I could do the same thing I’m doing for my Uncle’s company, for myself. I went
home, designed a flyer and the next day after work started handing out flyers
in my hometown in Jersey City, New Jersey. Within a day or two my phone was
ringing with side job’s I was setting up for the weekends to earn extra money.
At first I removed the 2 rows of back seats
and borrowed my mom’s van until I was able to purchase Old Betsy – a somewhat
reliable pick-up truck that allowed me to expand from Hudson County, NJ and
then eventually covering the entire State of New Jersey. The business grew
quickly and soon I had to retire Old Betsy to purchase the bright green, white
and black trucks we use today.

Stuck
in a rut

Fast forward a few years: My wife,
Rita and I were on vacation in Florida. I was 35 and now considered a SEASONED
business owner. What should have been a relaxing GETAWAY from the daily hustle
and bustle of the business was anything but. After reaching the ten-year mark,
I was unhappy with where I was and where the business was going. Instead of
focusing on the vacation with my wife, I could only think of the business and
how unhappy it made me. I was very frustrated because other companies were
expanding faster than mine, and that I had reached such a stagnant place. I was
on the verge of a breakdown. Rita humored me when I grumbled about my
unhappiness, offered me advice I didn’t take, and let me vent. It got to the
point, however, where Rita could no longer take the complaints. We were leaving a CVS, when I said for what had to be the hundredth
time, “I can’t do this anymore. “She looked me straight in the eyes and said,
“Then don’t. Give up and find something else to do,
or suck it up and fix whatever it is you’re dealing with. But you have to
do something that isn’t complaining.” LOL

Clearing
away my self-doubt

Hearing
Rita’s advise to get over it or do something else was a bit of an eye-opener
for me. For some reason, what she said resonated with me. I decided to shut up
and make things happen, which is exactly what I’ve been doing since that very
day expanding the business now into Florida, Las Vegas, Chicago, North
Carolina, Virginia, Denver and still running strong side by side with my
Uncle’s company in New Jersey! The story about doubting the business you
created is not something most business owners want to share, but it’s a reality
I faced. My self-doubt truly changed the company for the better because it made
me challenge the status quo. If my wife’s comment hadn’t caused me to
de-clutter my negative thoughts about my career path.

An email will be sent to the owner
Give us a ring
+1 727 358 2444
Office location
3707 Prescott St, St. Petersburg, Florida, 33713
Send us an email
[email protected]
Other website
http://www.clutterbustersjunkremoval.com
powered by
We use cookies to provide the best experience. By continuing to use our website, you agree to our cookies policy.